Our Topic this term is called 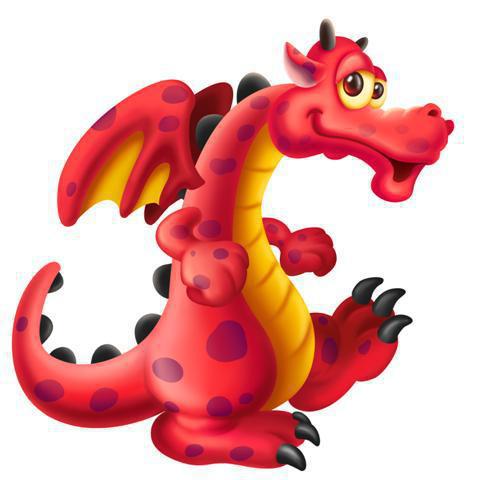 Our topic this term is called ‘Dragon Tales.’ This topic enables children to explore the historical, traditional and fantasy world of castles including the lives of people who lived and worked in them during the Middle Ages. Children will also explore our welsh heritage. This topic will take into account the real interests of the children in our Early Years. Children will be encouraged to think creatively and use their previous experiences, skills and understanding to create imaginative stories and role-play after finding a magical chest hidden in our Early Years garden full of treasure, princess dresses, swords, tiaras, crowns, exciting stories and lots more!
The question is; WHO DOES THE CHEST BELONG TO? Could be a king? A princess? A knight? Or even a magical dragon?
***** INSET DAY - FRIDAY 21st FEBRUARY 2014 *****
Monday 6th January 2014 - Friday 10th January 2014

To start our new context 'Dragon Tales' we had a very exciting week. We had a visit from a REAL KNIGHT! His name was Sir Robin, he told lots about where he lives, what his job is and all about the clothes he wears. He lets us try on his big black cloak and how his very heavy sword and shield! He told us that we had to look fierce and we all put on our scary faces!

We talked about what knights might eat this week too! We made Welsh Cawl from lots of different vegetables. We carefully cut them up and added stock. We all ate it for snack with baguette. It was yummy!! 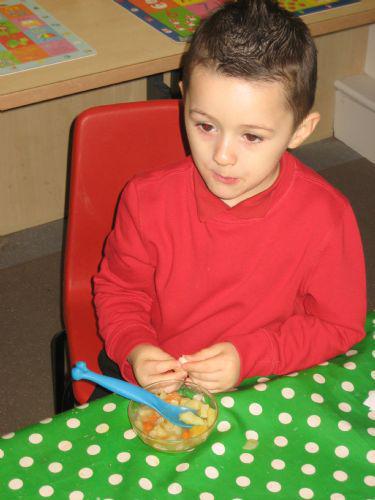 This week we decided that we would have a Medieval Castle for our role play area. We looked at difefrent ways to mix grey. We added different amounts of black paint to white paint and used big brushed to paint the castle walls.

This week we used different size blocks to build thrones. We built them in lots of didfferent sizes; ones for teddies to sit on, ones for us to sit on and ones for grown ups to sit on. We had lots of fun! Miss Newell said that we are 'Building Superstars!'

We built castles too and dressed up!! - "WE'RE THE KINGS OF THE CASTLE!!!"

This week we had a visit from Zoolab, During the workshop we were taken on a journey through the many layers of a tropical rainforest, from the dark forest floor to the dizzy heights of the canopy. With the help of some real rainforest animals! Nick was our guide trhough the Rainforest.. He taught us lots of new things! 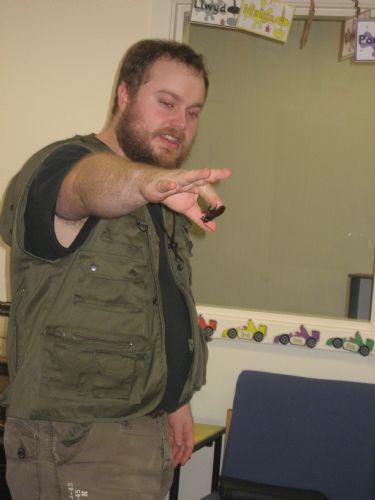 We were very brave and held some of the animals.

Our Pupil of the Month

This week we read the story of 'The Princess and the Pea' and talked about estimating. We estimated how many peas we could fit in our hand. Some of us estimated correctly!

This week we read the story of the 'The Royal Dinner.' 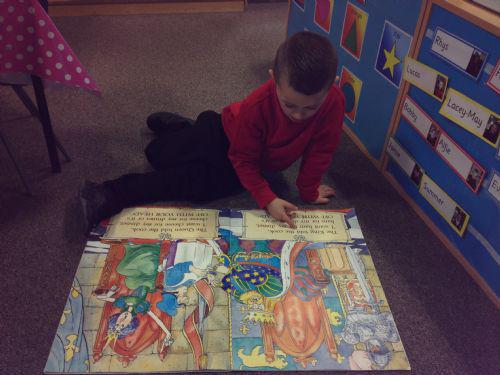 We tried very hard to re-write the story in our books. We sounded out lots of tricky words, Miss Newell and Mrs Stebbings were very proud of us!

This week we had our 'Fairytale Medieval Banquet.' We had lots of fun and we all dressed up!! We enjoyed our context 'DRAGON TALES!'