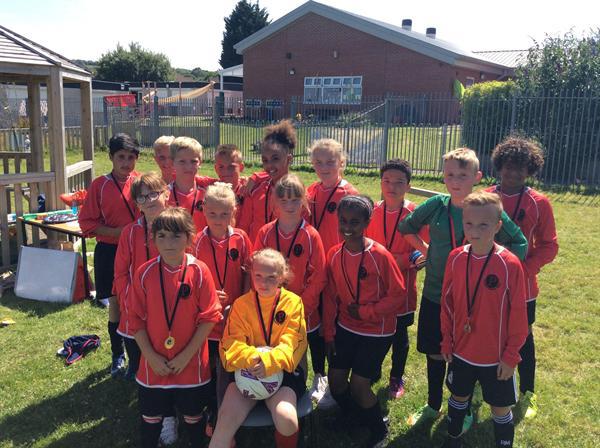 The Ely Football Festival took place today on a beautiful summers day. The tournament involved several other teams from various schools in Ely, including Herbert Thompson, Hywel Dda, Windsor Clive, Nant Caerau and several others. The girls performed excellently and came 2nd, and have paved the way for future success, as they consisted of a few year 5 girls and one from year 4. The boys worked really well collectively and won every game, running out as champions. The Player of the Tournament went to our very own Carl Seward who played superb, as did the whole team, in the tournament. The day was a huge success and everybody left with a smile, a medal and a nice tan! Check out the pictures below!