Our new Topic for this Half-Term is 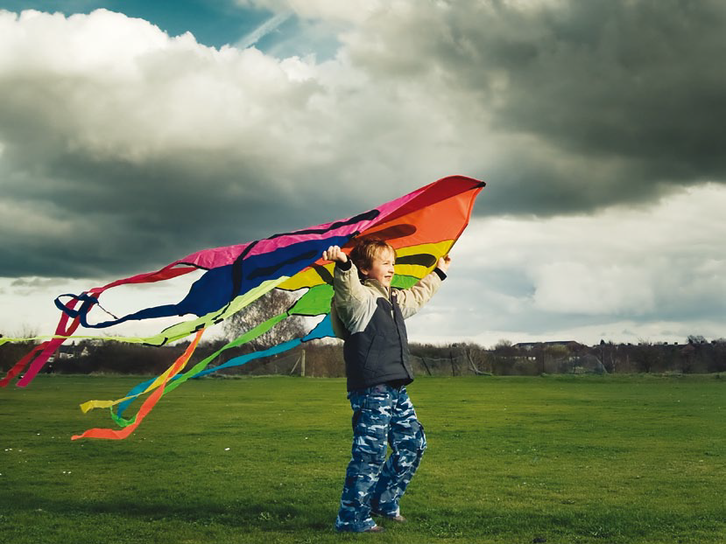 • How to find information from non-fiction books and the Internet;

• About a range of flying gadgets/machines and the scientific principles which make them work;

• About a range of flying animals and their habitats;

• About the history of flight and its economical and social importance;

• How to collect and record scientific data;

• How to construct a fair test and present scientific information;

Another busy week has seen us doing lots of topic work. We have written biographies on Amelia Earhart in the form of comic strips which have been of a really good quality. Keeping on the ‘Flight Engineers’ topic, we made helicopters and timed them to see which ones stayed in the air for the longest time. It turns out that the helicopters with bigger wings stay in the air for the longest time. We tried flying them outside today, but the wind was too much! Last week we made Newton Meters to measure forces and we decided to see whose trainers created the most friction when pulled. We had a good time doing this investigation. We have done lots of science work this term and we are getting extremely competent at data collection such as filling in tables, making charts and calculating averages. 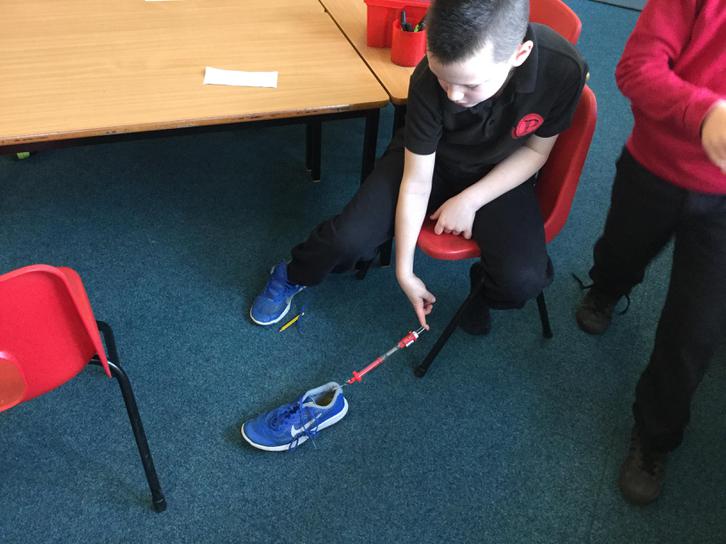 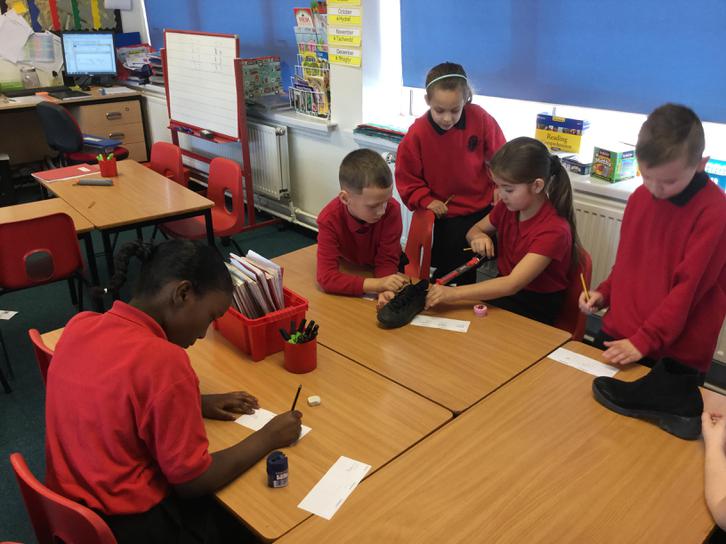 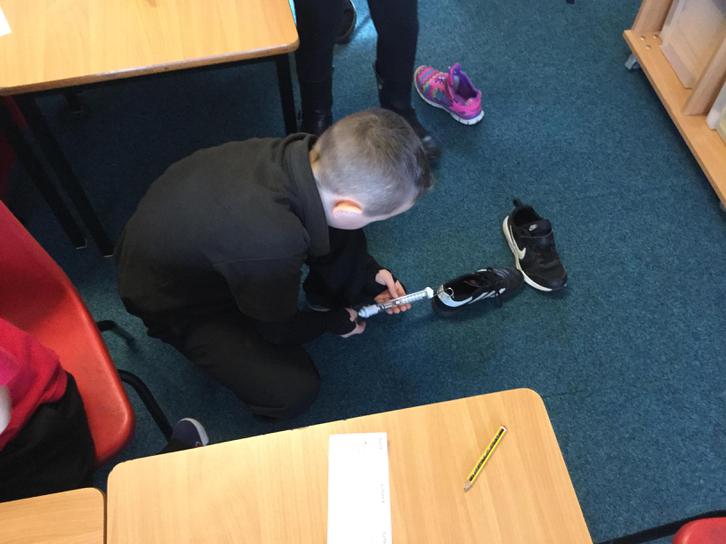 In Maths, we have been doubling and halving numbers, practising adding and taking away using the column method and we have started doing more multiplications using the grid method. Please log in to 'activelearn' by clicking here to see videos and games of how to use the grid method. Also in Maths, we have done lots of problem solving activities such as making different ice cream flavour combinations and also how to get two men and two women across from one island to  another island when only one man or two women can use the boat at any one time. We all managed to solve this problem by drawing pictures to help us.

Our new topic is now underway with lots of activities that have kept us really busy. We have started learning about Amelia Earhart, who was the first female to fly across the Atlantic Ocean and who disappeared on her flight around the globe. We have learnt little facts about her and written them on our paper planes. We have built lots of paper planes and we are getting better and better at building them. We have written sets of instructions on how to make them and we performed a test in the hall to see who can throw their plane the furthest. As the planes were being thrown, the children had a role in either measuring how far the plane went or to record the results on the ipads. We had a great time doing this and we discovered that Keano’s plane went over 5 meters and that other planes glided backwards and forwards and barely made it passed one metre.

In our language sessions, we had to learn some skills before we could write our ‘plane making’ instructions. So, we learned how to use commas in a list, prepositions and time connectives. We then wrote sets of instructions for doing things around the house such as ‘making a cup of tea’. After all this practice, we got pretty good at writing instructions. In language, we also learned the ‘ear’ sound which we used in sentences and in mini-stories.

Recently we have been doing a lot of work on ICT. We have made lots of charts and graphs in the ICT suite, especially in science as we have been doing lots of investigations with cars going down ramps, catapults and flying planes. We have also been doing work in Welsh on the computers in which the children have found pictures of pets and word processed sentences about the characteristics of the pets.

In maths, the children have been doing LOTS of adding. Hopefully all this adding practice will really help when it comes to the national tests in May. We have been doing lots of problem solving with numbers and we have been learning to tell the time and use stopwatches to time each other doing various activities around the classroom.

Throughout the past fortnight and over the half term break the children have been immersed in Welsh culture. Prior to half term, we had Welsh week and our class went to other teacher’s classrooms for a variety of activities. We made Welsh Rarebit with Miss Dicker; we painted Welsh landscapes in the style of Helen Elliott with Miss Woolley and Mrs Cuff; we made Welsh art with Ms Newell and Miss Boston and we played Tag Rugby with Mr Williams. And we played Welsh games and wrote Dragon acrostic poems with me. On St Davids Day we had our Eisteddfod in the hall where we sang Calon Lan and enjoyed the performances of all the other classes. It was a lovely afternoon with recitals, songs and dance. We were then awarded with certificates and points for the class competition winners and the homework task winners were also announced. It was wonderful to see so many brilliant entries this year and we would like to thank all who took their time and made the effort to produce some craft for St David’s Day. The judging of the work gave many staff a massive headache due to the high quality we received. Some photos HERE. More to follow soon!

In Maths, we have been adding by expanding columns. Most of the class are finding this method very accurate. To see a video of the method, click here. In P.E., we have been learning basic throwing and catching skills and playing games against each other to help with speed and accuracy of passing. This is preparing us ready for when we start playing netball/basketball type games. In Science, we have been doing more investigations. We are learning about friction, so we wanted to find out if a steeper ramp would make the car travel faster. Click here to see some photos and videos of the ramp investigation. 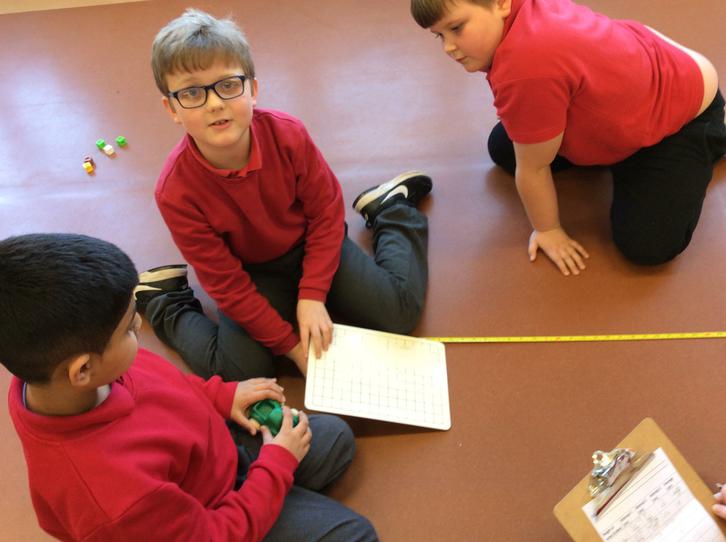 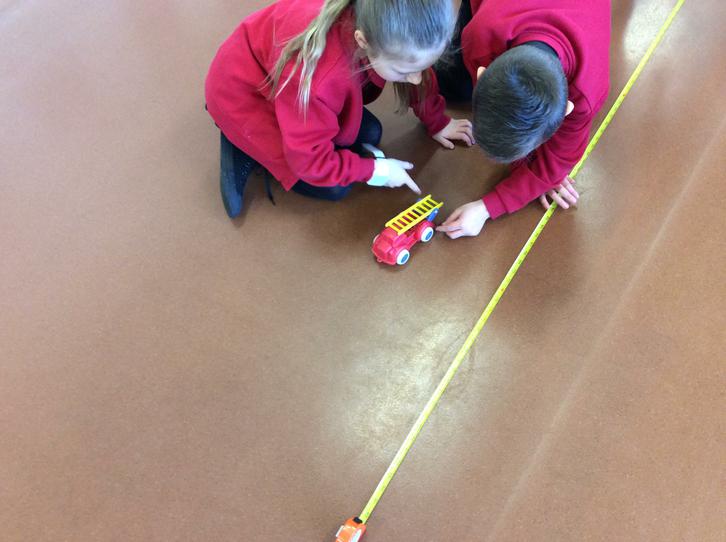 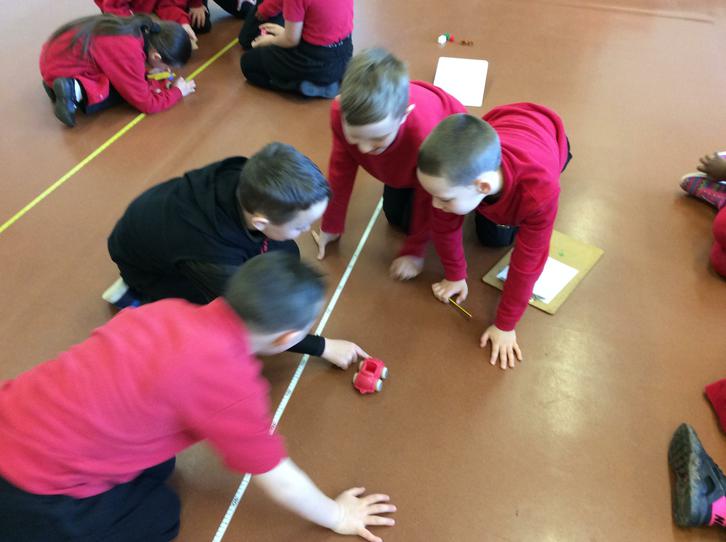 In Welsh, we carried on learning about the rooms in our houses and using them in sentences. We then decided to write them up using the hwb instead of writing them in our books, which was much more fun especially as we got to take photos on the ipad too. 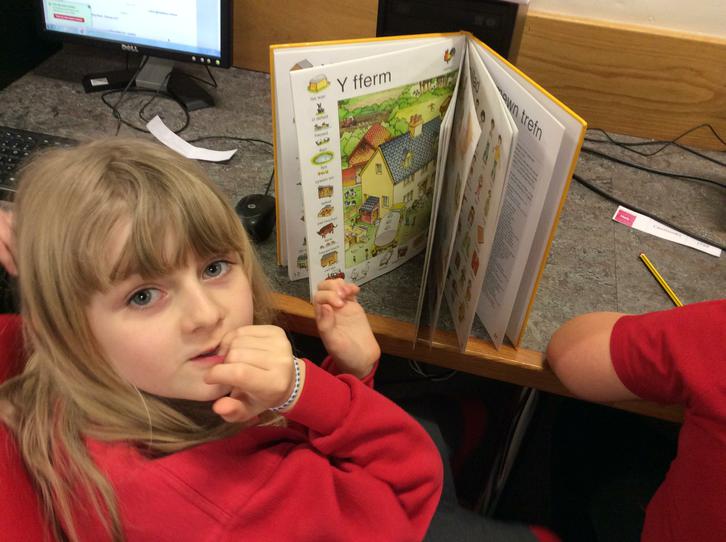 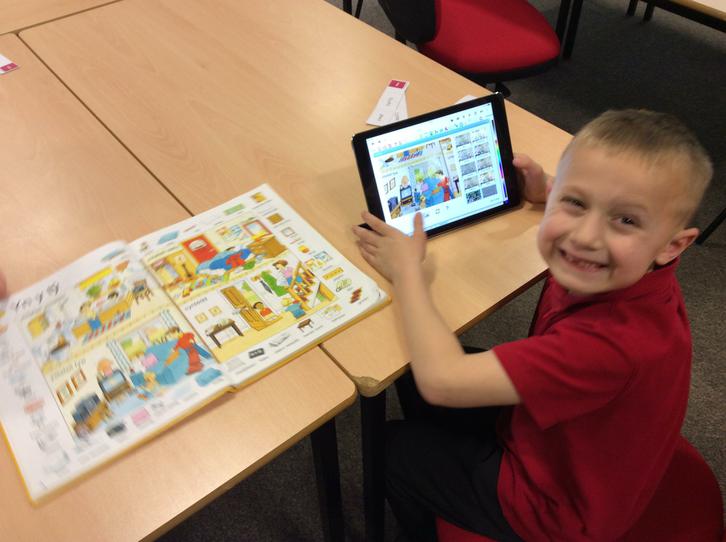 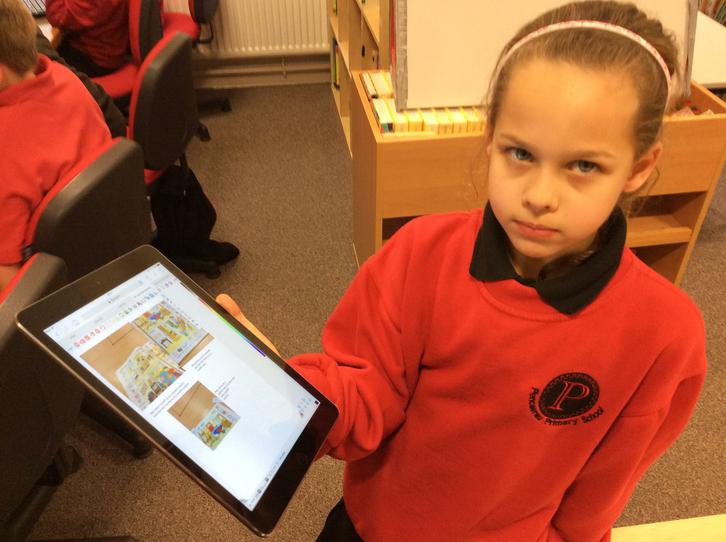