Our topic this term is 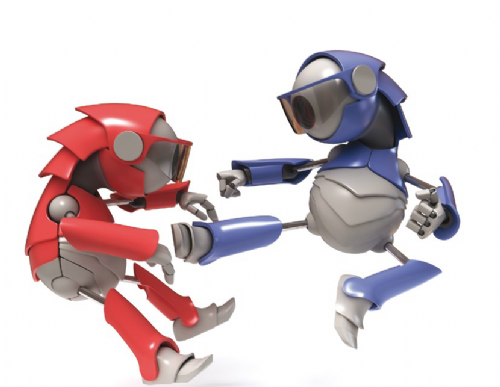 This project has a design and technology focus and teaches children about a range of different mechanisms and how these can be powered using electricity and other forces. At the heart of this project children write stories about robotic characters set in fantasy worlds. In addition children develop skills to write instructions and autobiographies for a range of fantasy characters. In the Innovate Stage children apply their skills and understanding by creating their own powered robots.

February 22nd – March 4th
This last fortnight Year 4 have been taking part in Welsh culture activities. We were overwhelmed with the amount of homework projects that came back. The children’s work was put into an exhibition during an afternoon tea party. There were lots of board games, montages and cakes brought in, so thank you parents for your support in making it happen.

The classroom competitions this year involved handwriting, St. David miracle cartoon strips and a Welsh landscape collage. Year 4 have got some really good artists in it! We have also got great dancers! The children performed their folk dance on St David’s day, which was really good fun!
Last week, we went to Techniquest to get us ready for our new topic ‘Robot Rampage’. Click below to see our Techniquest photos. As we are doing a robot topic this term, we began reading the Iron Man by Ted Hughes which is one of Mr Tedaldi’s favourite stories. In Maths we have been doing lots of work on dividing (some of us have been working with remainders) and finding factors of numbers to help us with dividing and multiplying. In P.E. we have started doing hockey.
March 7th – 18th
This fortnight Year 4 have been immersed in all things robots. We have come up with our own electrical circuits; we have been building our own robots and we have been reading Ted Hughes’ ‘The Iron Man’. Our circuits involved bulbs, motors and buzzers and we created our own switches using card and paperclips. Some of us managed to create parallel circuits where two bulbs were controlled using separate switches. As part of the book ‘The Iron Man’ the children have drawn pictures of the iron man and the dragon based on the book’s descriptions. They have come up with their own dialogue between Hogarth and his father; made scrapyard menus for the Iron Man because he loves eating metal and they came up with a speech for the dragon for when he first arrives on Earth.
In Maths we have been working with decimal numbers in the context of length and money. We have been rounding to the next pound and cm. We have also spent a lot of time working on methods to add and subtract mentally which we discovered is an important skill to learn.

Also we have been practicing our passing and dribbling skills in hockey. We have also learnt the months of the year in Welsh and found out when each-others birthdays are which we put into bar charts. Remind your children to ask you when your birthday is in Welsh (Pryd ydy dy penblwydd di?). On Thursday Richard from the Hwb visited our class to talk about the library and all the fun stuff they offer. The children each received their very own library card which many are excited to start using! 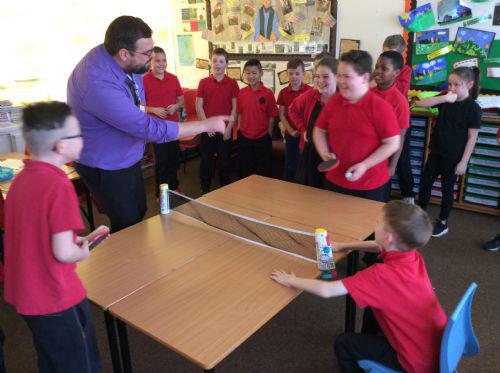 To launch our school book fayre the children of Pencaerau dressed up as characters from their favourite books. Year 4 saw a variety of different characters from Roald Dahl to Jacqueline Wilson and from Marvel to Star Wars. We had lots of fun and below you can see a few characters from our class.

We came in today showing off our bonnets that we made for Easter! We worked hard on them with our parents and I hope you agree they look fabulous! Click HERE to see our parade!