Our topic this term is called Blitz

This project has a history focus and teaches children about the Second World War including an understanding of the reasons for war, the impact on the everyday lives of people including childrenand about significant individuals of the period. Children will alsolearn about the significance of the Swansea Blitz and the socialand human impact of it. At the heart of this project children write narrative stories based on historical facts and develop additional skills in using flashback as a technique for telling stories.In the Innovate Stage children apply their skills and understanding by planning their own VE street party.

In this project the children will learn:

• About the political, social and economic reasons which contributed to WW2;

• About the impact of the war on the everyday lives of ordinary people in Wales;

• About significant people of the time who played an important role in the Welsh war effort;

• About the key aspects of narrative story writing, including flashback;

• About how to use a range of sources to find information. 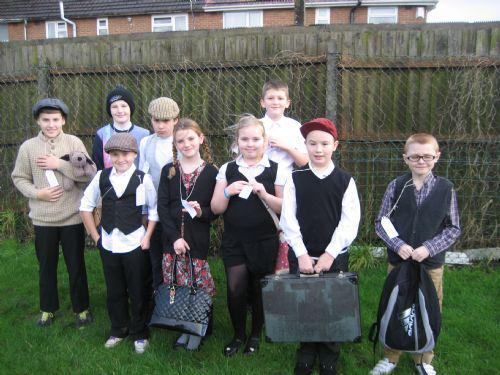 Year 6 have had a very busy fortnight back in school. We launched our new topic 'Blitz' through using a real WW2 air raid siren, which the children found very exciting! We have spent the last two weeks researching the events leading up to WW2 and looking at how the war had an impact on the lives of people living in Britain. Year 6 took part in an evacuation day which gave them the opportunity to role play evacuees and undertake rationing and 'make do and mend' activities. Please look at the folder before for some photographs. Children have mapped out Germany's invasion of Europe and have ordered significant events within a timeline.

Year 6 have been continuing to enjoy their topic of the 'Blitz.' We have been researching the Swansea and London blitz during WW2 and how it impacted the lives of people living in these cities at the time. We have written newspaper articles and diary entries reporting on a night in the blitz. Children have also used the internet to research the life of Winston Churchill and the role he took within WW2. Children have begun writing biographies about this famous British icon. We are now beginning to make preparations and rehearse our Welsh performances for St David's Day.

Year 6 have had a very busy fortnight preparing for our St David's Day celebrations on the 3rd of March. Within their house colours they have written their own welsh scripts which they will perform for the school during our concert. We have also begun to gather ideas for the various competitions which will be completed in our Welsh Culture Week, beginning after half term. Please use the link below to help your child rehearse the welsh poem recital and to find out more about our homework competitions.

We have had a very exciting week celebrating Wales and everything Welsh. The children competed during our Eisteddfod concert on Monday to win points for their houses. Children took part in Welsh sketches as well as Welsh poem recitals and singing. On Wednesday the children were stunned by the visit from the South Wales Male Voice Choir who gave a fantastic performance. They also sang with the school and staff choir, it was a brilliant afternoon!

Our topic for this half term is called 'Skin Deep' 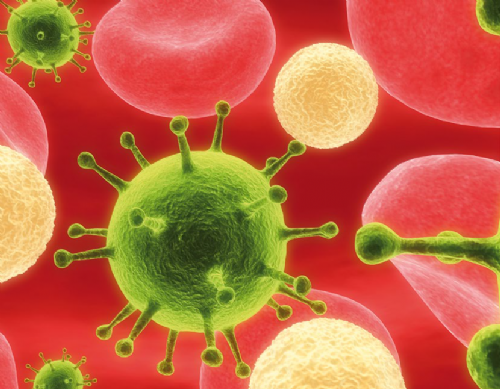 This project has a science based focus and teaches children about microorganism, focusing on bacteria and the impact these can have on the human body. At the heart of this project children write scientific accounts and develop additional skills in writing and planning a sequenced script for an information animation.
In the Innovate Stage children apply their skills and understanding by creating a short information film to assist the NHS in combating the spread of a super virus!
In this project the children will learn:
• About the conditions needed for bacteria to grow and spread;
• The effect of micro-organisms on food and the human body;
• How to maintain good personal hygiene;
• About significant individuals in history associated with important
scientific developments;
• How to write accounts of both real and imagined events;
• How to use ICT to create animation.
Monday 10th March - Friday 21st March

Year 6 ended their topic of 'Blitz' by planning and having a VE party. They dressed in red, blue and white and ate food from the era (Look at the folder below for pictures of the party) During our English sessions, children have been writing explanation texts based on the Wallace and Gromit 'Cracking Contraptions.' The invention is entitled 'The Snoozatron' Children included illustrations and sub headings to set out their explanatory text. In maths we have been looking at the mean, median, mode and range of a set of data. Year 6 have been introduced to their new topic of 'Skin Deep' where we carried out an experiment using glitter to show the spread of germs.

Year 6 have been investigating the growth of mould on bread when placed in different conditions. They made predictions as to which bread would display the most amount of mould growth and give scientific reasons to support their hypotheses. Children have begun developing a PowerPoint to record the progression and rate of mould growth. We have spent time exploring Edward Jenner and the children have written short biographies about his work in creating the first ever vaccine. Within our English lessons, children have made the most of the sunny weather by taking their learning outdoors. They worked as a team to build a two man tent before recording their work as a set of detailed instructions, including diagrams, a list of equipment and a separate note to aspects of health and safety.

Children have spent their final week of the Spring term planning and writing a narrative text. They were given a variety of exciting story openers with different settings and genres. The children chose their favourite before planning what would happen next. The children wrote some very creative and exciting stories using a range of punctuation, adverbs and metaphors to excite and engage their readers. Year 6 will have the opportunity to read their final stories to their peers once returning to school after Easter!
Top