Our Project this term is called ‘Carnival’ 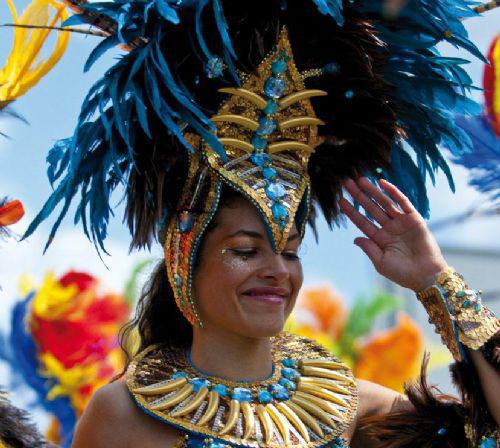 This project has an art focus and teaches children about carnival art from cultures around the world. At the heart of this project children write and re-tell a range of stories from a range of different cultures. In the Innovate Stage children apply their skills and understanding by holding their own seasonal carnival. In this project the children will learn:

Friday 8th March
Welsh Culture Week began with our class performing the “Lliwiau’r Enfys” song in the school Eisteddfod. The children did really well and preformed it again wonderfully for the parents on Friday afternoon. Here we are dressed in our Welsh clothes. 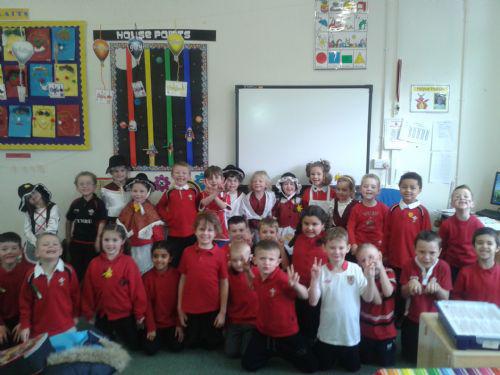 The children made it extremely difficult for the judges to decide the winner in our D&T collage homework assignment. Llongyfarchiadau i Jac Hayes for coming 1st, Thanisha Patel for coming 2nd and Olivia Gronow for coming 3rd. We have now completed our Dydd Gwyl Ddewi Sant wall display.

In class this week we have been doing lots of Maths work. We have been counting in 10s, re-capping on telling the time and practicing our adding skills in the context of using money.
Pupil of the Month
Welsh Speaker of the Week
Awarded for an all round brilliant effort in all things Welsh. Also for singing wonderfully in the Eisteddfod.

The week started off by learning how to tell the time. We could all tell the time if it was "O'Clock" and most of the class could tell if it was "Half-Past" something. We are excellent at telling the time in Year 1 and are getting better at it each day. We have also been re-capping on what we learnt in Maths last week. So our groups ended up independently weighing items around the class and putting them into weight order.
We have been writing this week about everything we have learnt so far about St David’s Day. Some of us have been writing very detailed sentences saying that we have been singing, dancing, cooking and painting in celebration of St David and Wales.

As part of our Eisteddfod which will take place after Half-Term we have began our design and writing competition entries. We have been given an art task which is to design a new Welsh Rugby ball, which we have enjoyed doing. We have also been given a writing task entitled “I like living in Wales because...”. We have been thinking about all the wonderful reasons why we like living in Wales and writing them down. We will finish our final drafts after Half-Term ready to be judged.

The Children were also encouraged to complete a Homework Collage entitled “Living in Wales”. We look forward to seeing lots of wonderful pieces of work after the Half-Term break!
Pupil of the Week
Welsh Speaker of the Week

This week has been very much Maths oriented. We have been looking into 3D shapes. We have been counting the faces on shapes such as Cylinders, Cones, Pyramids, Spheres and Cubes. We grouped shapes into different categories and discussed where we see these shapes in everyday life. We have had daily Maths quizzes including weighing games. We have been busy weighing things around the classroom and discussing what is heavier and lighter, and estimating how many cubes something weighs. We also thought it would be interesting to see who had the heaviest pair of shoes in the classroom! 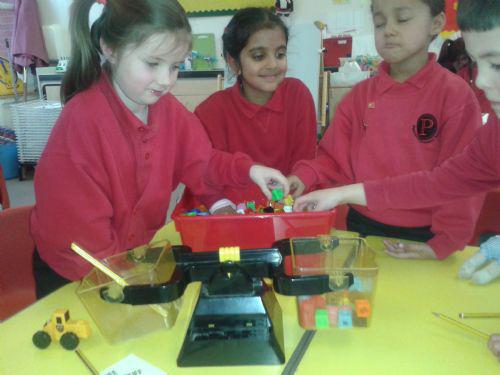 In P.E we have been practicing our traditional Welsh Folk Dance which the children are doing really well in. In Music we were filming ourselves singing Calon Lan which will hopefully be used by the BBC for their Rugby adverts. Also this week in Welsh we have been learning about the rooms of the house “Ystafelloedd”. We know how to say which rooms we are in. All week too, we have been practicing writing sentences using our key words. Some of us have come up with excellent sentences using the words “They, This, Get, Us and We” which are self displayed on our “Our Best Work” wall.

We have been getting into the spirit of St David’s Day by learning a traditional Welsh folk dance. For a first effort the children danced superbly and really enjoyed themselves. We have also been drawing pictures of daffodils and we’ve been having fun painting daffodils too. 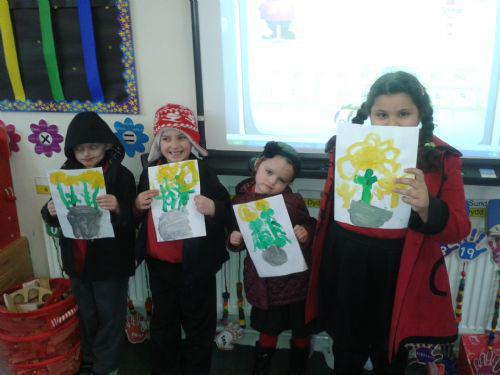 We have been on the internet this week looking for recipes for making Welsh Cakes. The children have been busy writing out the recipe in their books and also writing step by step instructions on how to make them using some of our Key Words. On Friday we got to make our own Welsh Cakes, which looked pretty tasty! 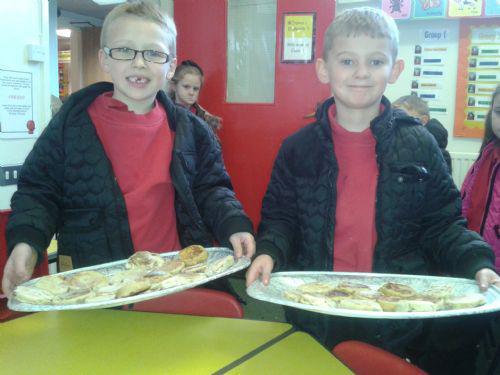 Awarded for writing using key words and for enjoying dancing, painting, cooking and singing as part of our topic.

Gung Hey Fat Choy! The children have performed really well again in front of the whole school. On Friday they shared with the school what they learned about Chinese New Year. Photos are available to view in the Chinese New Year Assembly file below. We will now prepare ourselves for the next part of our carnival topic this term, which will look into St David’s day.

This week we have been finishing off our writing about the Chinese New Year origin story. The children have been doing really well with their writing. In Maths we have been working with number bonds to 7 and 8 and we’ve been improving our addition facts. We have also begun to work with positional language such as ‘beside’, ‘above’, ‘below’ and ‘left & right’.

This week we have also received a laptop for the classroom. The children have been using it frequently to write short sentences and to play maths games. I’m sure all the children will be proficient with it in no time at all.
Pupil of the Month
Welsh Speaker of the Week

We began the week with some of the children who achieved a 100% attendance being rewarded with a trip to ‘Play Zone’. They were so excited and they really deserved it as it is a pleasure to see them attend school every day! Please keep up the amazing effort with attendance and let’s see who can make it in every day all year!

Thank you to those who bought some of our books and donated some books at the book sale. We managed to clear out our book corner and update it with more current and up-to-date books which are appropriate for all children in our class. The children have certainly been reading more books this week and writing down which books they have read in their own reading record.

We have been in Chinese New Year mode again all week. We have been writing about how the Chinese celebrate New Year and also started some extended writing about the origin of the first New Year. The writing in Year 1 is certainly improving. Throughout the week we have also been preparing ourselves for our Chinese New Year celebration which will take place next week in front of all the children and staff in the school which we are really excited for!
In Maths we have been putting numbers in to order and we have also been comparing different numbers by looking at Tens and Units. Welsh lessons this week has seen us ask one another “Ble wyt ti’n byw?” All the children live in Caerau so we changed the question to types of houses and most of us live in a ‘Ty semi’ neu ‘Ty teras’.
Pupil of the Week
Welsh Speaker of the Week

Awarded for writing really well about the Chinese New Year and for using Tens & Units to compare numbers.

We have been immersed in Chinese New Year this week. We have completed our Chinese lanterns which are on display in the classroom, we have also completed our Chinese dragon puppets and we’ve been getting messy with paper mache by creating our very own Chinese New Year dragon head which will be used in our New Year Assembly on January 31st. We have been practicing 2 new songs for our assembly and rehearsing some of our words for our performance. Please spend some time with your child practicing their words with them. If you would like to practice the songs then follow the link below (Chinese New Year Assembly).

In the topic books this week the children have been writing about the animal that represents them according to the Chinese calendar. Some children found out what animal they were for homework and others found out using the computers in the IT suite. The children in the class were either born in the Year of the Rat or the Year of the Pig. In IT this week we learned how to copy and paste information from the internet into Microsoft Word. 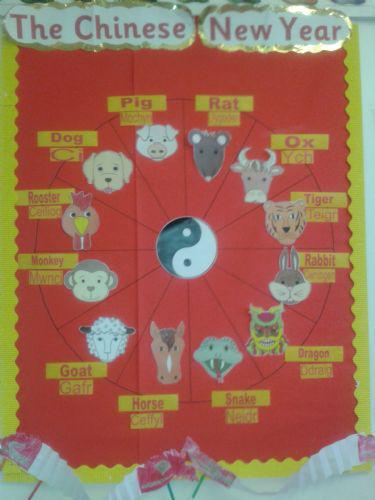 Also this week, in Maths we have been working with ordinal numbers (Putting things in order and saying what is first, second and third etc.). We have also been practicing commands and body parts in Welsh by playing lots of games of “Mae Simon yn dweud...”

Gung Hey Fat Choy! Happy New Year! The children have come back rearing to go. We have been busy working on our new topic and learning all about the Chinese New Year. We have found China on the map and realised that it is very far away from Wales. We have also learnt about the story of the animals of the Chinese Zodiac and matched these animals to the correct words by making our own Zodiac calendars. We have also learned a new Chinese New Year song. Follow this link to practice with your child (http://www.nancymusic.com/Gunghayplay.htm).

In Maths we have been learning how to add ten to a number by adding one to the tens column. We have also been continuing with our reading practice by reading in groups and in pairs. We have also been very busy making our own Chinese dragon puppets and Chinese lanterns which will be completed next week. 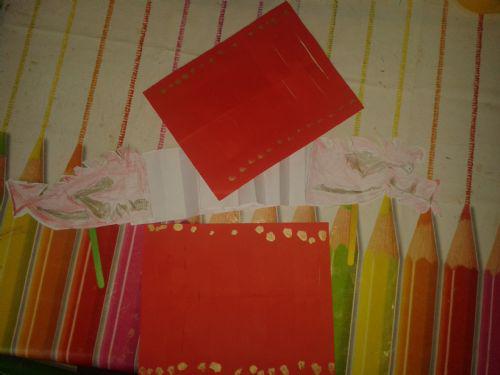 We have had a very important visitor come to school on Friday and talk to us about ‘People Who Help Us’. PC Julia talked about ringing 999 in an emergency and what to do if we get lost. She also let us try on some special police uniform. During play time she was even asked by one of the children if she wanted to play Cops and Robbers!